Dear Steph (a little over a year ago),

So, it’s the fall of 2012 and you’re wondering if taking this job at Automattic is a good idea. It’s this weird quirky company that has no offices, with a big dream of democratizing publishing. You love your job at a little publishing company with a cool test kitchen and awesome co-workers.

Fortunately, I live in the future, so here’s what happens if you do take this job.

1. You will learn to work remotely
By this I mean that you will be able to sit anywhere and work done. You will travel with a iPhone hotspot and Jetpack battery pack. You will learn to over-communicate online with your colleagues, to make sure nothing is lost in translation. You will be far more productive and focused than you have ever been. You’ll blog about it.

2. You will travel like crazy
By the end of this calendar year, you will have spent roughly 120 out of the last 365 days traveling. That’s something like 30-40 flights, going to places like San Francisco (thrice), Chicago (twice), London, Washington D.C. (twice), Atlanta (twice), Austin, Toronto, Los Angeles, Buffalo, San Diego, St. Louis (twice), and Singapore. Not to mention five trips to New York City via Acela, and a few ski trips and Cape trips in-between.

You will have done everything from drive a race car in Las Vegas to hike the Half Dome in Yosemite. You will have visited multiple newsrooms in every major metropolitan area in America. You will have gotten to know smart and genuine people in cities across the world. But alas, with all the travel you will be sad that you’ve missed out on dinners and parties with friends, long for sleepy Saturday mornings at home, and vow to travel less in 2014.

3. You will become obsessive about packing
By early-2013, you have two copies of everything: toothbrush, hairbrush, glasses — which lets you always have a packed toiletries bag. You’ll scour Zappos for the perfect luggage: squishy with compression straps so it can be compacted, has wheels so that you don’t have to carry it, has an over-shoulder sling for navigating the streets of New York. It looks silly, but is perfect. You will never again step on an airplane without noise-cancelling headphones and a privacy screen.

4. You will become confident in your technical knowledge.
Right now, you think you’re pretty savvy because you’ve always been the most technical person on your editorial teams. You’re in for a rude awakening when you start on WordPress.com VIP, where you’re working with some of the best developers out there, hosting some of the biggest websites out there.

Fortunately, though your team is smart with impressive resumes, they aren’t cocky about it. They’re not only encouraging, but happy to coach you along the way. A year later, you can now confidently speak to everything from scaling issues, to development workflow, to code quality and security, to content migrations, to common issues editors face when using WordPress. You’ve also attempted your first WordPress plugin, and it’s on github.

5. You’ll get better at public speaking
You hate public speaking because it stresses you out. But that’s because you haven’t really had to do it much.

But by the end of the year, you will have presented five times and different conferences and workshops. You still hate public speaking and it still stresses you out, but now you’ll find it incredibly rewarding because the tools and knowledge you share will actually help people do their jobs better. And you’ll have gained a new career skill: public speaking.

Also, as it turns out, helping and coaching others is something that motivates you, and you’ll start seeking more ways to do this.

6. You’re going to damage your shoulder and back
Your first year at Automattic will take an enormous toll on your body. You will struggle to manage back and shoulder pain, and have to go to physical therapy for it. Working remotely means that you’ll spend more time on your computer than anything else — it’s the only way you work, the only way you get information from others, the only way you blow of steam and chat with your colleagues, the only way you are “at the office.”

You will have never thought that your body will prevent you from doing an “office job,” but more often than not, you’ll have to end your work day because your back is killing you. You will travel with a laptop riser, a wireless keyboard and mouse, a heating pad, and an theraband. By the end of 2013, you will have traded in your IKEA desk for a sit/stand desk, because you now stand when you work.

7. You’ll get good at tough conversations
There are some people who thrive under stressful or competitive environments. You would never believe that you would be one of those people, but one year at WordPress.com VIP has given you the skills you need to cope with these situations. The job is stressful. You will spend most of your time between demanding clients and a very small team. This leads you to many tough conversations with both sides — clients who have deadlines that were supposed to be met yesterday, and developers who have enough work to book them until next year. You’re getting better and better at navigating the tricky world of saying “no” and negotiations.

8. You won’t become an anti-social hermit
You thought long and hard about taking the job at Automattic, because as an extrovert, you thought you would suffer from not having co-workers. You worried that you would become a sad, depressed, anti-social hermit. As it turns out, your job is strangely social even if it is virtual. Between client calls and working with your co-workers (albeit over text), you’re interacting with people all day long. IRL, you will love working at your co-working space, hanging out at coffee shops with Amy, working out of Upstatement on bagel Fridays, and you’ll still grab dinner with friends after work and see them on the weekends.

9. You’ll love your co-workers
You will feel blessed that you are working with the smartest, kindest group of people you’ve ever worked with. 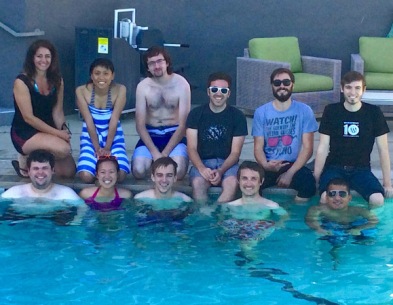 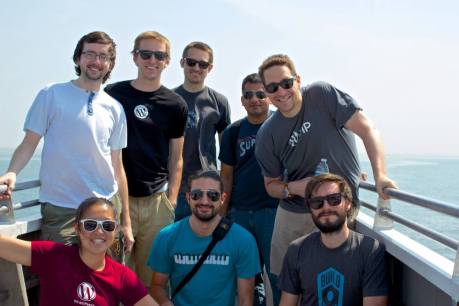 10. You’ll finally understand what Open Source really means
I always understood that WordPress was open source, which meant that people all over the world contributed to it. Before I joined Automattic I was a very proficient internet consumer – trying out new products, software, social networks. I knew that some of what I used was “made by the Internet of people” but I never really understood the mechanics behind all of this.

By the end of 2013, you will learn the mechanics of “Open Source,” and be amazed. You’ll begin to realize in a world of “pay me a huge salary (and free lunch) to build you things” lies a community of people willing to volunteer their time to give to a project that pays in ways other than money.

You will meet dozens of people who “make WordPress” at WordCamps all over the world. You will stalk their comments through forums and trac, spending hours trying to understand the complicated network of discussion that makes up the WordPress project. You will be reminded that among any group of people, there will be politics.

You’ll see users complain about free plugins and broken software without offering fixes (and feel ashamed that you were once one of them). You’ll see dedicated volunteers fix bugs and build plugins on their own time, out of their own passion. (You’ll also see lots of discarded plugins, by developers who become bored with the project). You’ll see companies dedicate employee time giving back to the WordPress community because they’re committed to the success of WordPress. You’ll see quiet people build amazing things, and loud people present about not much at all.

Most of all, you’ll be amazed by how a committed volunteer community can change the internet.

2 replies to Dear Steph, a Little Over A Year Ago