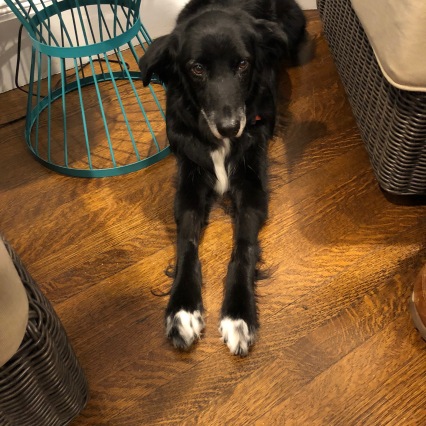 Happy Year of the Dog from Peppy! 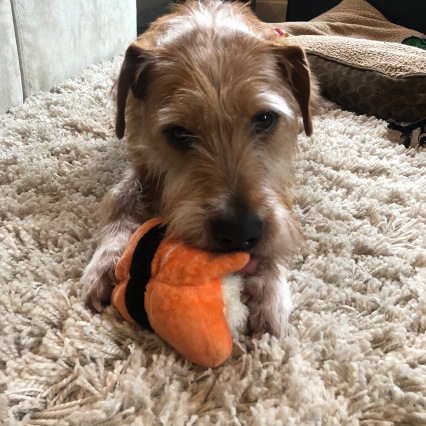 Fritz is eating a sushi toy… fish is a traditional part of Chinese New Year celebrations.

I moved from Singapore to the United States 15 years ago. And for whatever reason, this winter, I started missing home – especially the food. Singapore and all its traditions felt really far away.

As an antidote, I decided to host Chinese New Year party, featuring a lo hei. Lo hei is a uniquely Singaporean (and Malaysian) tradition centered around a assembling a salad. It starts with a presentation of around a dozen ingredients, each symbolizing health, happiness, and wealth. Once all the ingredients are mixed in together, everyone grabs a pair of chopsticks and tosses the salad. You’re told that the higher you toss, the luckier you’ll be. When we were kids, we tossed as high as we could… and got salad all over the table.

Usually in Singapore, people lo hei at restaurants, because actually gathering the ingredients is a fussy endeavor. But, I decided to tackle it, armed with a recipe from this Singaporean blog, and another from Food & Wine magazine. Here’s how I gathered all the ingredients:

Truly, the hardest part was gathering all the pieces. Once we had everything, the prep was pretty easy…

Once we arranged the ingredients, my friend Wendy helped me do a little presentation to the group, as each ingredient is accompanied by an auspicious saying. This is why lo hei is often called the Prosperity Salad. 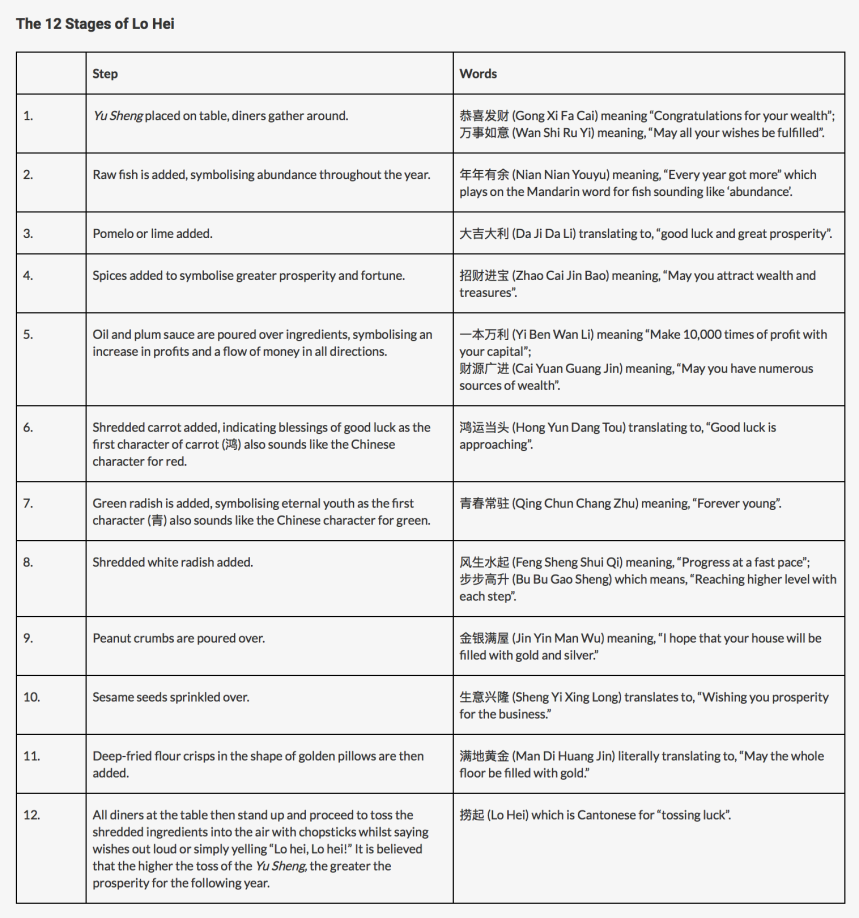 Here are some Instagram videos my friends shot, of the presentation and toss in action!

Wendy and I presenting the ingredients

The higher you toss, the more luck it will bring…

Since this would be the first time we put everything together, I was nervous of how it would all taste. But, with all the fresh veggies, aromatic spices, and sweet sauces, it was pretty yummy!

The other traditional Chinese New Year activity we dove into was dumpling making. I recently picked up a copy of Hey There, Dumpling!, and this gathering was the perfect excuse to use it. We made pork & cilantro, and edamame & lemon dumplings. They were awesome. This cookbook rocks: easy instructions and a delicious result! With our large group, we made, and ate, about 100 dumplings in no time at all. 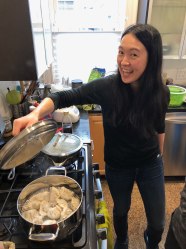 The whole day was rejuvenating, celebratory, and fun. My friends want to do this every year – and some of them went home with photocopied dumpling recipes! I’m so glad we did this together. Initially, I was a bit hesitant to host a lo hei. I didn’t feel “legit” enough to do it. My family is Cantonese, not Singaporean, and growing up we didn’t really have any Chinese New Year traditions. But, as a kid, we lived in Singapore, and I would attend lo hei with my friends’ families. I figured, even though it’s not a part of my family’s heritage, I could still make my own traditions and share them with friends.

My friend Emily left our Chinese New Year party that evening to attend another CNY event hosted by her friend’s family. They had rented out part of a Chinese restaurant and invited at least two dozen friends. I asked her, “What part of Asia are your friends from?” “They’re not,” she said. “They’re Jewish and from Massachusetts, but they just really like the tradition and have been doing it since I was little! They invite everyone.” I love that so much.

The following day I ran into someone from Singapore at a party and told them I hosted a lo hei. I showed him some photos on my phone. His eyes widened and he said, “I’m impressed! That’s pretty legit!”

I’m totally down with making my own traditions now. 😊